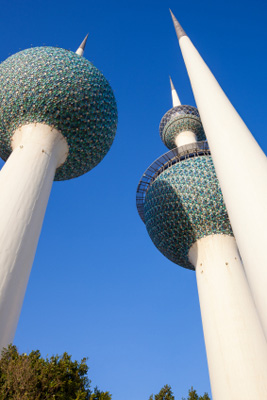 Alcohol not available, quieter than Dubai

Kuwait has long had a vibrant international school sector, and with strong historical links to both the UK and USA, it is not surprising that the number of expatriates is high and the desire for Kuwaitis to give their children an international education is strong. The international schools are almost all in Kuwait City, which is a city of about 3 million people on the Arabian Gulf. It is the political, economic and cultural centre of the country. Unusually for the Middle East, contracts in Kuwait tend to be 1 year renewable, and Newly Qualified Teachers (NQTs) are welcome in many schools, making it a good, safe first step for teachers who wish to dip their toe into international life.

The expatriate community in Kuwait is very accessible and closer knit than in larger countries, so newcomers find they make friends easily both with teachers, as well as professionals working in industries such as oil and gas, banking, and construction.Life revolves more around eating out, socialising as members of clubs, and participating in planned activities. Kuwait is a ‘dry’ country, meaning alcoholic drinks are not sold, but embassies and military bases are exceptions.

There are a wide variety of clubs and societies to choose from including the British Ladies Society, the Canadian Women’s society, the Kuwait Scorpions Club (Rugby), the Desert Biking club, and the Kuwait Elisabethan Society (Drama). There are also clubs for camping, horse riding, bowling, bridge, baseball, archery, cricket, dance, darts, diving and cookery, to name but a few! Many teachers living in Kuwait travel to nearby Oman, Dubai, and Abu Dhabi on weekends and during school breaks. This is possible because salaries are on average 20% higher than in nearby Dubai and because of a lower cost of living.

The official language of Kuwait is Arabic, though English is widely spoken, and the national religion is Islam. Like the UAE, Kuwait is tolerant of other religions as long as they avoid proselytising. Kuwait has a desert climate, but everything from taxis, apartments, shopping malls through to schools are air-conditioned.