On World Teacher Day in 2012, UNESCO announced that 8 million new teachers would be needed by 2015, and almost half of them in sub-Saharan Africa.  Both the landmass and population size make Africa the world's second largest continent. There are 54 recognised countries in Africa.  The countries of interest include Kenya, Nigeria, Malawi and Botswana. 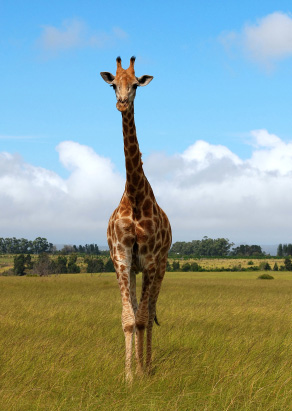 Types of international schools in Africa

Compared to other regions Africa as a whole has relatively few international schools. There are countries that buck the trend, notably Nigeria with a large number of boarding schools aimed at host nationals and Kenya with over 50 schools but neither country's international school sector is growing at the rate of countries such as China, Malaysia and the UAE.

Country Profiles (click on the names for more information)

Contracts and Salaries in Africa

Contracts are 1 or 2 years, with flights and housing allowance included. The housing allowance (or in rare cases school contracted housing) is usually more than sufficient for a nice apartment. Teachers in this region often hire domestic help such as a cook and/or cleaner, and even a car and driver as labour rates are quite low and teacher salaries are relatively high in comparison.

Many will pay a small percentage of your salary in local currency into a local bank account. This is taxed. Due to the very low cost of living most teachers are able to live on this.  The remainder of your salary is paid into your home or offshore account in either US dollars or your preferred currency. This is tax-free. Salaries in Africa may not look high, but with the low cost of living many teachers find they have a very enjoyable lifestyle.

Visas are required to work in Africa, and they are sponsored by the school. There is no age limit in making it a good destination for teachers who are 60 and over.

The school year runs from September to June in most African countries, except those in southern Africa e.g.  South Africa and Botswana, where it runs from January to December.

The schools provide medical coverage, but if you have significant pre-existing medical conditions you may need to reconsider your options or clarify whether you can access the appropriate level of specialist care that you will need.

Africa's climate is surprisingly varied and is the only continent to have both northern and southern temperate climate zones.  Areas near the equator have a tropical rain forest climate, with heavy rain and high temperatures throughout the year. As you move away in either a northerly or southerly direction the climate gradually progresses to the more arid conditions of the extensive Sahara (north) and the Kalahari (south) deserts. At the northern and southern extremities of the continent are narrow belts of Mediterranean-type climate with subtropical temperatures and a concentration of rainfall mostly in the autumn and winter months.

In Your Free Time... comment: thow does the level of detail here compare to that in the Middle East section? Needs a similar balance- perhaps more focus on particular countries ( those that are the highest recruiters of international teachers?)

Africa has a rich and fascinating history and culture to experience, and sights that many of us have seen in photographs but never in person.  Teaching in Africa will allow you understand why many expatriates over the centuries have fallen in love with this vibrant continent.

Going on a safari is one of the many delights that visitors should try, whether in Kenya, South Africa or Tanzania.  Victoria Falls in Zimbabwe is not to be missed, nor are the beaches of Zanzibar, Mauritius and lesser known Watamu ,Kenya and Swakopmund,Namibia. Cities such as Cape Town (South Africa), Nairobi (Kenya),  Fez (Morocco) and Lagos (Nigeria)are popular visitor attractions..

Football (soccer) is extremely popular in Africa and it is hard to escape it where ever you live.  South Africa is a particularly sporty nation, with your choice of rugby, cricket, tennis, and swimming to name a few.  For budding mountain climbers, Kilimanjaro in Tanzania is known worldwide as a good place to try it out. Although the highest peak in Africa,  it is a well-developed visitor attraction and with its relatively gentle ascent, it is very accessible to climbers from around the world.

Most major cities have an expatriate club or two, and the embassies often serve as a centre of expatriate social networks.

Alcohol is not restricted in most parts of Africa, and you will find clubs and bars in the major cities.