More Teachers Than Ever Are Going Overseas, Studies Show They're Happier

In the current political, social, and fiscal climate of education and education policy, many teachers are finding themselves increasingly frustrated with their careers. Not only is this trend becoming more apparent in recent years but it's also affecting a larger group of teachers than ever before - sometimes whole states, regions or countries. In many instances teachers are even resentful of the educational system, regularly advising others to avoid careers in education. Larger class sizes, lower budgets, stagnant pay, mandatory changes to curriculum, and general social woes combined with the ever-expanding fine line of political correctness has caused some educators to feel they're living in a nightmare. While this type of situation may not reflect upon the majority of teachers, it is a rapidly growing sentiment to feel that something - or many things - have gone wrong.

Within our booming global marketplace - one where international business affairs were once reserved only for the wealthy and privileged - the demand for qualified, multi-lingual, multi-faceted professionals is growing so quickly that even smaller companies are now scouring the globe to recruit their next superstar. From corporate leaders to inventors and scientists, from tech masterminds to business growth visionaries, businesses no longer fall under the tight restraints of recruiting locally. There are fewer limits to who you can or cannot hire, and there no longer exists a gap between HR at a small midwestern-based firm and the job pool of top computer engineers from Japan. Visas are readily accessible for business endeavors, and young to middle-aged professionals are willing to relocate overseas at the drop of a hat.

Furthermore, anyone in the middle-east and far-east with the financial ability to do so is sending their children to be educated in international schools. In an international school, pupils are educated in English (their second or third language) under a strict US or UK-based curriculum to prepare them for university abroad. They'll arrive with full fluency not only in English but also in western learning styles and habits, ready to attend the best universities available to them. Of course, not all of them will go overseas. Some will attend local universities and later be scooped up by leading tech company recruiters, while others are merely learning the skills required to take over a role in an already successful international family business. Regardless, their broad skillset will allow them to adapt quickly and play a competitive role in the local, regional, and international commerce upon their graduation.

This all leads us to the purpose of this article; teaching overseas. With everything mentioned above it only makes sense that many teachers are looking into (and actively accepting) teaching contracts in far-away countries such as Kuwait, UAE, China, Malaysia, Egypt, South Korea and similar destinations. Every aspect of international business favors versatile international candidates, and the overwhelming majority of them are educated in international schools. Schools know this, and they market themselves by boasting these facts to parents, in turn creating a ever-growing demand for high quality western-certified educators. 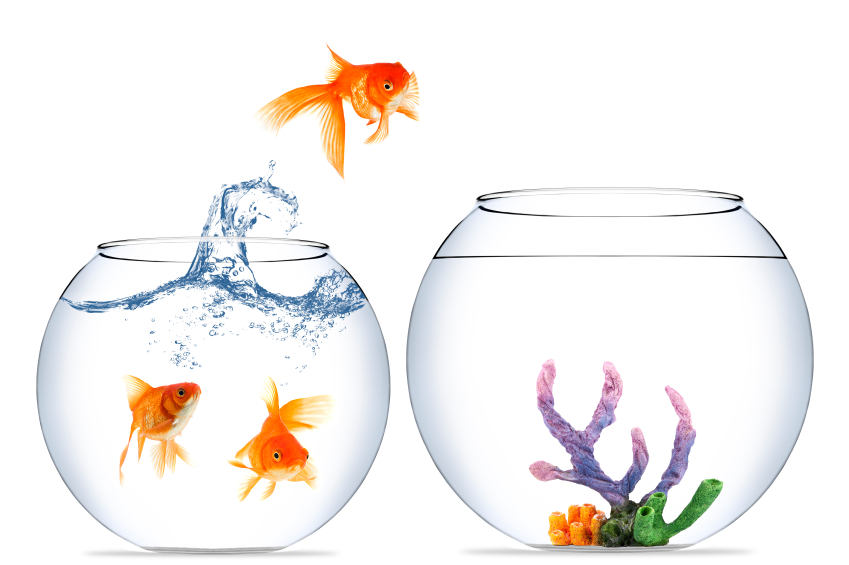 So what it is like to teach overseas? Can you do it and actually make good money? Will you be happy? Will it benefit your personal life, broaden your teaching experience, improve your resume and expand your skillset in the classroom? Can a couple years teaching in Shanghai or Abu Dhabi really result in your becoming a well-rounded and more capable educator? Will the culture accept and respect you? Will your job be as rewarding as it might be at home? Upon your return, will your experience help you land a better position? Will you even want to return home? These are the questions everyone is asking but nobody seems to have solid answers. Of those who offer answers and advice, it's important to understand that their own backgrounds, preferences and opinions may vary radically so there's no one-size-fits-all solution. What we can tell you is this: for the right people, teaching abroad opens up new worlds of experience, creativity, advancement, and a passion for their jobs that they never felt before (or have lost) while teaching in their home country.

Earlier this month at a conference on international education, The Council of British International Schools released a document consisting of a study that was carried out by interviewing over 1,200 teachers and educational leaders who are currently (or recently finished) teaching abroad. The report shows that teachers went abroad for a variety of reasons, with the most popular being travel, cultural exploration, enjoyment, and seeking a challenge. Of the teachers interviewed, a whopping 47% stated that "Dissatisfaction with the education system in their home country" played a major role in their decision to teach abroad. Not surprisingly, 45% of teachers noted that better salary and career growth also factored in.

These types of responses may be startling to some, but they're not limited to teachers from the UK. A late 2017 study which tracked over 1,000 teachers for 6 years determined that teachers who changed professions made less money, but were much happier and less depressed.

A 2015 Newsweek article quoted that "A slew of policies and technologies promising to dramatically revolutionize teaching and education over the past decade has not only failed to produce desired results, it has also led to a decline in teacher morale, with large numbers leaving the profession." It went on to note that this was the result of centralizing state and federal control over education, and the launch of programs such as “No Child Left Behind,” “Race to the Top” and “Common Core.” A common characteristic of teacher's complaints was the idea that "teachers no longer control the curriculum as they should" and that "the vacuum has been filled by a host of commercial companies that have developed products to be used both inside and outside the classroom, with little evidence to show that any of this has worked."

A 2012 Metlife study showed how job satisfaction had declined, going from 62 percent of teachers feeling “very satisfied" with their jobs in 2008 to only 39 percent by just four years later - the lowest in the 25-year history of the survey. It found that over "half (51 percent) of teachers report feeling under great stress several days a week," a 70 percent increase from reports on stress among teachers in 1985.

One of the most surprising factors is how the reports correlate a clear dissatisfaction within the last 10 years and how rapidly the onset came. Today, in 2018 we can only assume these numbers to be increasing, but a relevant large-scale study hasn't been reproduced for fair comparison.

Moving back to the report issued by COBIS (Council of British International Schools) this month, 44% of teachers who had been on international contracts cited "family commitments" as a major reason for their return home from teaching abroad, with 45% citing "a basic desire to return home". Interestingly, only 37% of exiting teachers cited "better quality of life" as a reason returning home. Is there a reason for this? Could teaching overseas be better than at home? The data implies "yes".

Of all the teachers interviewed in the study, only 2% returned home in less than a year. A low 8% stayed abroad for 1-2 years. The remaining 90% of teachers stayed abroad for more than 3 years, with 35% of those staying between 5 to 10 years and 29% staying more than 10 years. These are some impressive numbers, and considering they're generalized and not broken down by country or region, they become even more intriguing. The report goes on to state "Returning teachers report gaining a wealth of experience and skills including cultural awareness (79%), global outlook/ international mindedness (76%), adaptability (58%), and renewed enthusiasm for teaching (53%) as well as experience, resilience, and professional development opportunities."

When one looks into the numbers - and especially by comparing the COBIS study of teaching abroad to the growing dissatisfaction of teachers at home - it's rather clear that teachers have a genuine opportunity to make something good overseas, both personally and professionally.

Currently, there are over 250 brand new international schools opening abroad each year. As the number of schools increases so does the demand for western-trained educators, and schools are prepared to do whatever they can to acquire talent. Many are now beginning to accept newly-qualified teachers, offering 1-year contracts instead of the typical two or 3-year contracts in an attempt to draw in more candidates. With over 90 percent of teachers staying abroad for 3 years or more, many schools find it beneficial to provide a taste of international teaching with a low-commitment contract and then re-contract for a longer period after their initial term is up. What the schools are seeing most is that after teaching overseas, the teachers don't want to leave.

As far as the perks of teaching in a foreign land, there are many. Salary varies from region to region, country to country, and even from school to school. However, they all share to have the same basic features. Free flights, free rent, paid utilities, visa assistance, medical coverage, and bonuses are all common. Schools in middle-east locations like Kuwait and the UAE boast tax-free salary while other countries like China still have a tax rate much lower than at home. When all the bills are paid per your contract, your salary is yours to keep. It's an attractive aspect because it enables teachers to save large amounts of money in relatively short time-periods. Even if they end up making $10k less per year teaching abroad, they're not paying rent, light bills, gas bills, water, garbage, health insurance, etc.. They actually end up pocketing and saving much more money than they ever could at home. Combine that with the thrill of living somewhere new, the chance to learn a new culture or language, affordable travel to neighboring countries, and adding an impressive new experience to your resume and you can't lose.

It's expected that this growing trend will only escalate. As western school systems continue to introduce more teachers from foreign lands to work for lower pay, while simultaneously putting tougher restrictions on curriculums and the classroom - native teachers will also seek foreign lands for higher pay, peace of mind, career advantages, and a better quality of life. Teaching overseas could very well be the relief that many western educators have been looking for.

I would like to teach in Hong Kong, and I did for about 10 years. Any jobs in HK or other parts of the world? Bill (Masters and EE ESL also)