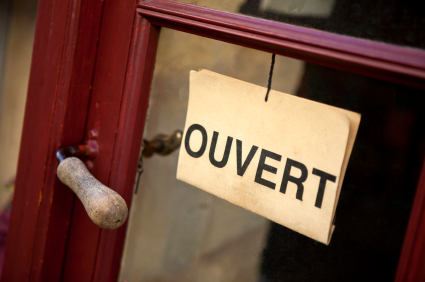 There has been an ongoing debate in the UK about the teaching of foreign languages. On one hand the government has funded and required language teaching only at Key stage 3 (ages 12 to 16). But on the other hand the UK laments that it’s at the bottom of the league table within Europe for languages taught.

Studies released this year show that only 9% of pupils continue studying French at A level after completing their French GCSE. Probably because you get out what you put in. “We give only half the time to language teaching that they do in continental Europe”, said Richard Hudson, Professor Emeritus in Linguistics at University College London.   Thankfully there is new legislation next year that supports teaching languages at Primary school, which is when most studies say is the best time to start because our younger brains are more able to acquire new language skills.

I’ve been away for a week with my sister, my 20 year old niece and her 20 year old friend to the south of France and it was exhausting but fun.  It’s especially fun to take young adults who have never been to Europe (or overseas to speak of) abroad for the first time. My niece who took French throughout her high school years was timid at first about using her shaky French but after hearing me use even more shaky Italian and German as the situations required, she realised that when travelling abroad that trying to use even rusty foreign languages is much more fun when there’s not a teacher assessing you or friends ready to snigger at your mistakes.   Indeed, the main goal during travel is to get to a point of mutual understanding … about the cost of a bunch of tomatoes or the bill for dinner or directions to the beach. It doesn’t matter if your grammar is perfect or that you are speaking in ‘Frenglish’ accompanied by what you hope are universally understood symbolic hand gestures. Just get the job done. By the end of the trip she was having quite long, natural and entirely voluntary Frenglish conversations with our local shopkeeper without batting an eye. I call that a successful trip.

Living abroad takes this experience to the next step and allows you not just to be understood verbally but to understand culturally your surroundings and your hosts.  And just like when trying to speak a foreign language for the first time, you are bound to make some gaffes. It’s part of the territory. And nothing helps you learn more quickly than when you recognise that awkward expression on someone’s face when you have inadvertently said something funny/insulting/irreverent or rude… but didn’t know it.  Making mistakes is part of the journey and learning from them makes you realise just how big and complex is this world we live in.

So molto bene to the UK government for putting more of a focus on language teaching at young ages, even at a time of austerity.  As the world becomes ever more connected, having an understanding of the language if not the diverse culture of our neighbours is essential to success.